A Evening with Chris Watkin and Mikey Lynch.

An informal but in-depth discussion about the problem of knowing, the nature of reality and how to live well. Our goal is to model, equip and inspire Christians to understand and express their faith well in the wider world.

There will be plenty of opportunity for questions from the floor and we will enjoy supper together. 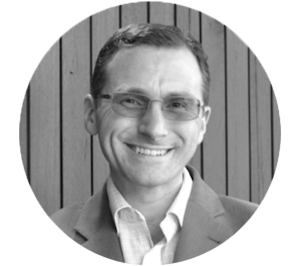 ABOUT CHRIS WATKIN
Dr Christopher Watkin is a Senior Lecturer at Monash University, Melbourne, Australia. He has written extensively on modern and contemporary European thought, atheism, and the relationship between the Bible and philosophy. Chris believes passionately in bringing the Bible into conversation with modern and contemporary secular thought, under the banner of audi alteram partem (listen to the other side).
His books on the relationship between the Bible and philosophy include Thinking Through Creation: Genesis 1 and 2 as Tools of Cultural Critique, and volumes on Jacques Derrida, Michel Foucault and Gilles Deleuze (forthcoming) in the P&R ‘Great Thinkers’ series. Chris also curates thinkingthroughthebible.com, a site with resources, seminars and book excerpts aimed at helping Christian university students and faculty to think biblically about life and work. The site is guided by the principle that a full-orbed contemporary articulation of Christianity must not only explain the Bible to the culture. It must also explain the culture through the Bible. Chris also blogs about philosophy and academic research work at Christopherwatkin . You can find him on Twitter @DrChrisWatkin. ABOUT MIKEY LYNCH
Mikey graduated from the University of Tasmania with a Bachelor of Arts in 2002. In 2000 he became one of the founding leaders of Crossroads Presbyterian Church where he was the lead pastor for 7 years from 2003.
Mikey now works as the Campus Director of the University Fellowship of Christians, University of Tasmania, Hobart. Mikey is the chairman of The Vision 100 Network (Tasmania) and a founding director of Geneva Push (national) – both church planting networks. He is also a chaplain at Jane Franklin Hall and the chairman of New Front Door: the Church IT Guild. Mikey is the author of The Good Life in the Last Days: Making Choices When the Time Is Short (Matthias Media: 2018) and blogs regularly at Christian Reflections.
Mikey’s ministry has focused on preaching to unchurched uni students and graduates. He is also passionate about identifying and developing future Christian leaders. Mikey is married to Nikki and is the father of Xavier, Esther and Toby. He loves cooking, fishing, reading and rollerblading