10 things that trip up plans to re-pot

h plants, and revitalise three nearby churches on Brisbane’s north-side. What has he learned about church planting in that time?

As potential church planters consider what models to adopt for the work ahead, we asked Phil to tell us…

“What are the hardest things Repotting teams struggle to overcome, or the issue most of them fail to deal with?”

It’s just a fact of life. I guess there are plenty of reasons – and some of them are detailed below. But the fact is, our plants grew almost twice as fast than the revitalisations. While universally there’s been dramatic rejuvenation (with a huge drop in the average age of attenders), re-pot pastors have found it hard to get beyond the 50 adult-attender mark. That’s partly because it’s important to be gracious with existing members – but the problem is, they have the upper hand in setting the culture that newcomers experience, no matter what you say or do from the front.

2. Sometimes we hesitate to do the hard stuff

If you’re a re-potter, it’s great to be loved by the remaining members of the old congregation. But looking back, I think I’d encourage our re-plant pastors to push harder, be bolder, and break through pain barriers sooner rather than later in confronting the need for cultural change.

3. There’s got to be a death before there can be a resurrection

Re-pots will only ever work when remaining members acknowledge there’s a terminal problem.‘Younger’ people in the remnant group (say in their 30s and 40s), will likely be the most difficult to persuade of the need to change. They’ve accommodated to the church culture, they’ve been trying to make a difference for the last five or ten years, and they still think they can 'fix it.' They’ll be hard to persuade that they probably can’t.

4. Existing members will be suspicious about change, motives and newcomers

One sad reality for us as a contemporary church trying to help nearby traditional ‘failed’ churches was that older members questioned the motives and allegiances of their new pastor. Putting it simply, they were afraid of a take-over. Their fears were probably well-grounded – we needed to learn that the ‘franchise model’ isn’t always the best answer. On the other hand, they needed to learn that every visitor or newcomer was not a covert operative from Mitchelton.

5. It feels (more) like you have to do everything yourself

Church planters often feel like they’re doing the heavy lifting on their own – often literally, with the chairs. I think it’s probably worse in a re-pot. Remnant members are probably tired and rusted on. Newer members may feel disempowered by the existing members. And so it all falls to you. If you start a Sunday School and it attracts new families, it’s going to be quite a while until they stop being ‘new’ and start being ‘helpers’… so again, you’ll feel like you’re doing it all yourself.

6. Sadly, it’s still not as cool as planting

I know you’re not doing this stuff to be ‘cool’ – but there’s still not the same level recognition of those who go into the front lines and battle it out to refresh and regrow old congregations. Which is a pity, because it’s tough and honourable work, with great rewards.

7. Old facilities can cause difficult dynamics

I’m not talking so much about the ‘sacred space’ issue that once used to be considered off-putting. It’s now well established that Gen-Y are quite attracted to the sense of history that comes with traditional church architecture. I’m thinking of more pragmatic issues, like having way too many seats.  Re-potting an old church with pews for 200 with a core group of 25 creates a really difficult vibe. I advised one pastor friend to take out the pews from the back half of the building and replace them with a few lounges. But if you’re re-potting with remnants of an old congregation, decisions like that are fraught with difficulty. (Don’t, by the way, try to sneak in and do it on a Saturday without consultation!)

8. Old facilities can be your friend

Having said that, there are huge advantages in having a home base for your church. If you can work your way around the change management issues and start creating an inviting environment, you’ll be free from the eternal set-up and tear-down cycle of most church plants, and you’ll be free to teach the Bible without fear of being thrown out of your local school for saying something you probably shouldn’t have.

That’s what it’s all about, isn’t it? And the beautiful thing is, in almost every re-potting scenario I’ve been part of, there are people who have been in church for years and haven’t ever really heard the gospel. There’ll be people who are just delighted to hear the bible explained week by week; there’ll be people who have never experienced an expository series that takes them through a book of the Bible in a way that makes sense of it. They will be – genuinely – eternally thankful for your efforts. And they’ll be delighted to see fresh younger faces added to their church family.

10. Gee I wish there were ten of these 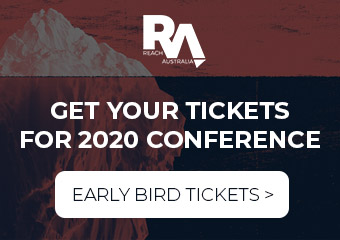