What does your church/ministry staff do in terms of social events? How many events involve partners of staff? How many involve kids? Especially as a church staff team gets bigger, and even more so once there are part-time staff involved, this can get very difficult to organise and accommodation and afford!

Personally this isn’t my ‘love language’. I’m more of a ‘when the work gets done, people feel looked after’ person than a ‘when people feel looked after, the work gets done’. But I realise that others are not like me and this is an important thing for them. I also realise that even for those, like me, who don’t gravitate towards this by way of preference, it can still have very positive effects for our relationships and experience of the team.

I asked a bunch of friends from a range of multi-staff churches and parachurches around the country what they do. I was especially interested in:

If you are only used to one particular approach to these things, and that seems like the ‘normal’ and ‘right’ way to do things you might be surprised how much variety there was among the answers! And how many of the answers were in flux ‘We’re not sure what we’ll do next year’ and ‘I’m not sure if it’s working’ etc.

It’s an interesting thing to stop and think about. Something worth pondering as we evaluate this from time to time is the purpose and value of the time is. What the very clear and concrete value is… and what is the less tangible ‘This is an expression of an underlying principle or core value that we want to embody and express”.

Also worth pondering is how much time, money and energy is worth putting into this? Is there a point where extra time and money produces little tangible benefit in terms of relationships, trust, morale, good will or effectiveness?

Lastly, especially with ‘everybody all in together’ it’s tricky to know what to think about this. Especially when the teams and their families begin to exceed 20 people. At what point does this become symbolic and sentimental?  How often and in what context is this worth engineering?

One standout comment about why one staff leader likes having something that the kids are present at:

Are we responsible for the outcomes of our Christian ministry? Part 4: The blindspot of theologically justified ministry practice

7.1 Limits to our responsibility and accountability

Are we responsible for the outcomes of our Christian ministry? Part 2: Degrees of responsibility

Section 2: Three degrees to which we are responsible for things

There are three ways to describe the degree to we are responsible for the results of our actions. The first of which is our causal responsibility.

The second way to describe our responsibility is according to our deliberation intentions.

Are we responsible for the outcomes of our Christian ministry? Part 1: Agency, Power and Responsibility

We should urge ministers of the gospel to be faithful in the basic duties of their ministry: godliness, truthfulness and hard work. More than this, we should urge them to fulfil these duties with great concern and diligence: to strive to grow in godliness, to do their best to be a master workman who correctly handles the word of truth, to speak boldly and persuasively and to work with wisdom and skill. And we should pray that ministers of the gospel be moved by deep and earnest desire to see God glorified through the gracious salvation of as many sinners as possible through the preaching of the gospel, and as many Christians as possible built to maturity and mobilised in ministry.

It nevertheless remains true that we are able to have influence on the world:

And we are accountable to God for our actions:

It’s unsurprising this is one of the topics covered… but it is surprising how gently and respectfully this topic is handled. It’s impressive that they chose a church planter who hold to a biblical sexual ethic and assume that this is normal among evangelical churches — rather than somehow claiming that this is a fringe, extremist position and that mainstream Christians don’t hold to a sexual ethic.

But what was curious about this part of the discussion was how the journalist, Eric, considered it a confusing inconsistency for a pastor to love and accept practising homosexuals, to welcome them to church, to even support their ability to marry in a secular society… and yet not believe that Christians ought to engage in homosexual sex.

This is revealing of a general disbelief that such a position is coherent, defensible or liveable. But again, as with other issues I’ve touched on in previous instalments in this blog series, it seems that this strongly reflects where journalist Eric Mennel’s own thinking is at.

At least as he’s quoted in this episode, church planter AJ Smith is not sharp and clear on key distinctions:

But it’s not obvious whether he said more in interviews with Eric to clarify his point of view, but Eric didn’t follow these further clarifications, or wasn’t persuaded that they were coherent, so left them out of the final episode.

This illustrates the difficulty that those with conservative moral views have now in communicating to many people in secular Western society. The concepts and distinctions we make in our ethics are no longer considered coherent or meaningful or useful.

The episode also raises the issue of how transparent churches are about their sexual ethics.

One line this episode pursues, is the failure of churches to be clear about what they believe in general, and specifically about issues relevant to LGBT issues and women in leadership issues. The episode suggests that the church failing to be up front about these things is as best ambiguous and confusing and at worst actively deceptive. They talk with people from an organisation called Church Clarity that is lobbying for all churches to make their policies clear and accessible on their websites:

An organization’s website serves as a centralized location for the public to understand critical information about an organization. It is the main place that people turn to in order to find out what they can expect.

We believe that policies, especially those who have been historically marginalized, qualify as “critical information” because they directly impact people’s ability to participate, or not, in a church. While we recognize the pastoral desire to discuss nuances of a particular theology, actively enforced policies are much more straightforward. They can and should be communicated explicitly from the start (see the question below “Why do you evaluate church “policies” and not “theology”?”).

It’s a fair point. The podcast episode points out how people can get enmeshed with a church community over months and months before they realise where the church stands on some of these key issues that might be ideologically important to them — or painfully, personally relevant. That’s a rude shock to discover once you’ve already become a part of the community and its support systems. Of course, this is something that there is a decent amount of onus on the church goer or visitor to bother to ask. I don’t think it’s a surprising or shocking thing that Christian churches might have convictions on such matters, and it is strange not to think to ask.

This is an interesting issue, and a good demonstration about how churches are perceived. I don’t think it’s true or fair to say that churches are being deceptive on this matter. Rather, three things are going on:

But this is still a welcome challenge: by being cautious, and focussing on our core ‘pitch’… are we accidentally coming across as deceptive, ambiguous, confusing, hurtful.

It seems to make sense that our church websites would publish our doctrinal basis and key policy statements on these kinds of matters? I’m definitely keen to urge the organisation I’m employed by, AFES, and the local student ministry I work alongside, the University Fellowship of Christians, to be more transparent about these things. 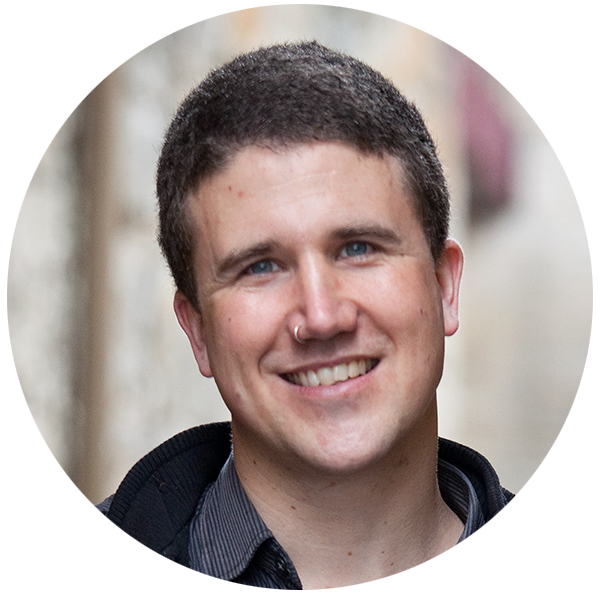